What is Drosera, the Sundew Plant? 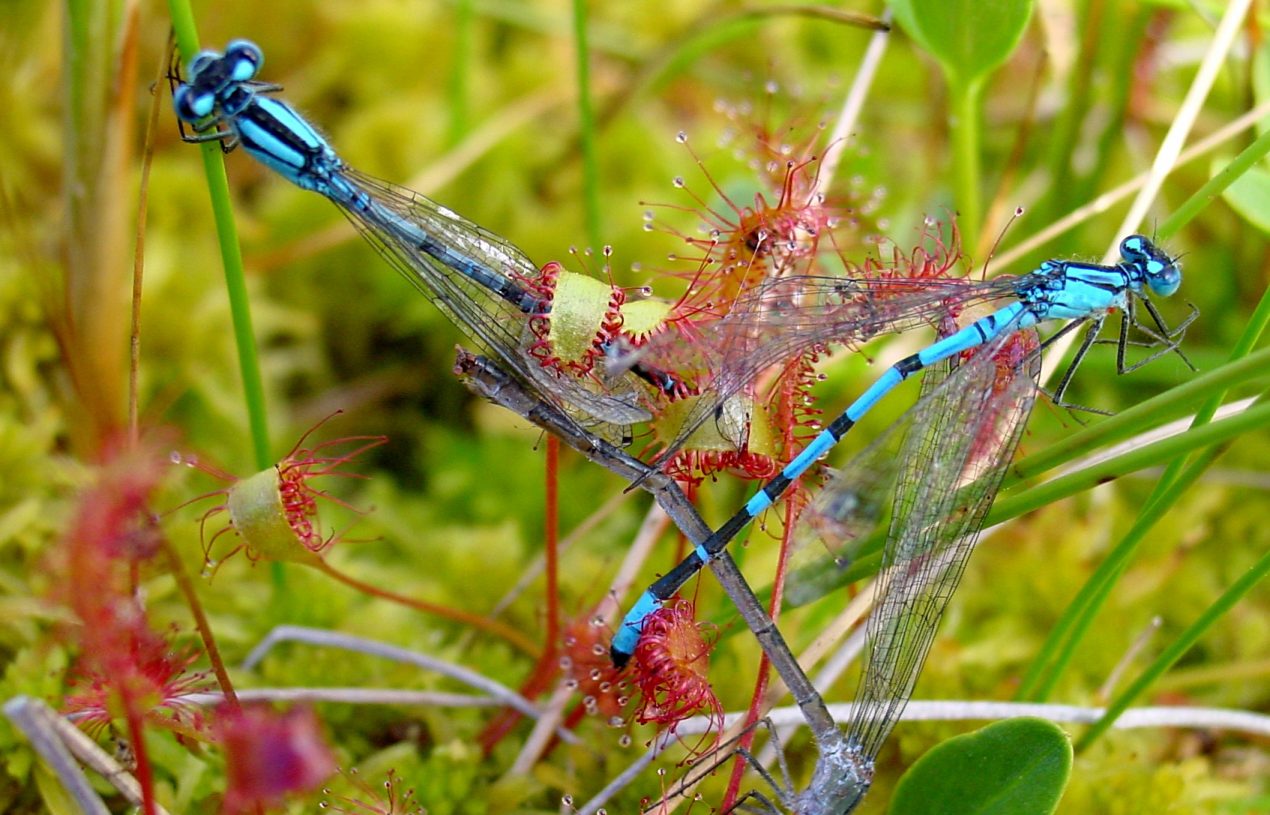 Drosera, sometimes called Sundews, is carnivorous plants. They use thick gluey goo called mucilage to trap and digesttheir prey. The mucilage is attached to special hairs called trichomes. They are one of the most common carnivorous plants. They have at least 188 species. They are found everywhere in the world except Antarctica. Many sundews species usually live for two or more years. Others live for only one year and reproduce by seed. Some sundew species can live for 50 years. Like all plants, the sundew makes its own food, and just uses insects for nitrogen and other nutrients. These tiny flowering plants are about 5 in (127 mm) tall about as tall as an adult’s hand, though some climbing sundews can be much taller. Sundews are any of the species of carnivorous plants belonging to the taxonomic genus Drosera. The name “Drosera” comes from the Greek word droseros, meaning “dew-covered.” This name was given to the sundew genus because the botanists were reminded of dew shining in the sun when they observed the plant. Drosera capensis, commonly known as the Cape sundew, is a small rosette-forming carnivorous species of perennial sundew native to the Cape in South Africa. Because of its size, easy to grow nature, and the copious amounts of seed it produces, it has become one of the most common sundews in cultivation.

Where do Sundew Plants Live?

Sundews are carnivorous plants. This means that sundews can trap and digest insects to obtain extra nutrients, such as nitrogen. This allows sundews to live where other plants can’t- in nutrient-depleted soils or peat bogs. Some sundews can obtain a sufficient amount of nutrients from the soil, which allows them to survive for long periods of time, even if they don’t catch any food. However, other sundews are not very efficient at absorbing nutrients through their roots, so they must rely more heavily on catching prey. This means that if they do not catch prey after germination, they will only live a short time.

Sundews are divided into several categories by type and location. Here are a few examples: Tropical, Fork-leaved, Temperate, Tuberous, Pygmy and Annual, South African, South American, Petiolaris and Queensland sundews. While most sundews are very small. Whether you grow them indoors or out, carnivorous sundew plants are excellent for controlling gnats and other tiny insects. Sundew plants thrive as potted plants in a mixture of sphagnum moss and vermiculite or perlite. The pot must be kept constantly moist and an atmosphere of humidity is best for maximum growth.Carnivorous sundew plants need warm temperatures and moist conditions. Outdoor plants do well when planted near a water feature or even in soggy soil. When growing sundews outdoors, till soil completely and mix in sphagnum moss to increase the acidity. Full sun situations suit the plant best, but you can also grow them in dappled light. Potted plants do not need fertilizer but do require either distilled or rainwater, as they are not tolerant of high levels of minerals. Provide a humidity level of 40 to 60 percent. This is easy to do by setting a saucer filled with small pebbles under the plant and filling it with water.

Drosera Capensis – The Most Popular from of Sundews

Drosera capensis is a free-flowering, robust, carnivorous, evergreen perennial, of varying height, but usually around 150 mm. The short, woody stems are rhizomatous below with well-developed roots. The leaves radiate from the stem and are made up of a petiole and lamina, the petiole being almost the same length as the lamina. The lamina is flattened and bears knob-shaped tentacles, which are stalked, mucilaginous glands covering the leaf surface. Dense fringes of tentacles occur on the margins while fewer and shorter tentacles occur in the centre. The lower lamina surface is smooth and glabrous. The 15-30, simple, pink-mauve flowers are borne on a single stem and mature in ascending order. Flowering time: December to January. Flowers are open very briefly for a few hours with good sunlight. Drosera capensis is one of the hardiest carnivorous plants to grow. It tolerates a variety of soils which low in nutrients. Place in a northern or eastern direction for best sunlight if growing indoors. Grow in full sun to semi-shade outdoors.

How to Take Care of Venus Flytrap