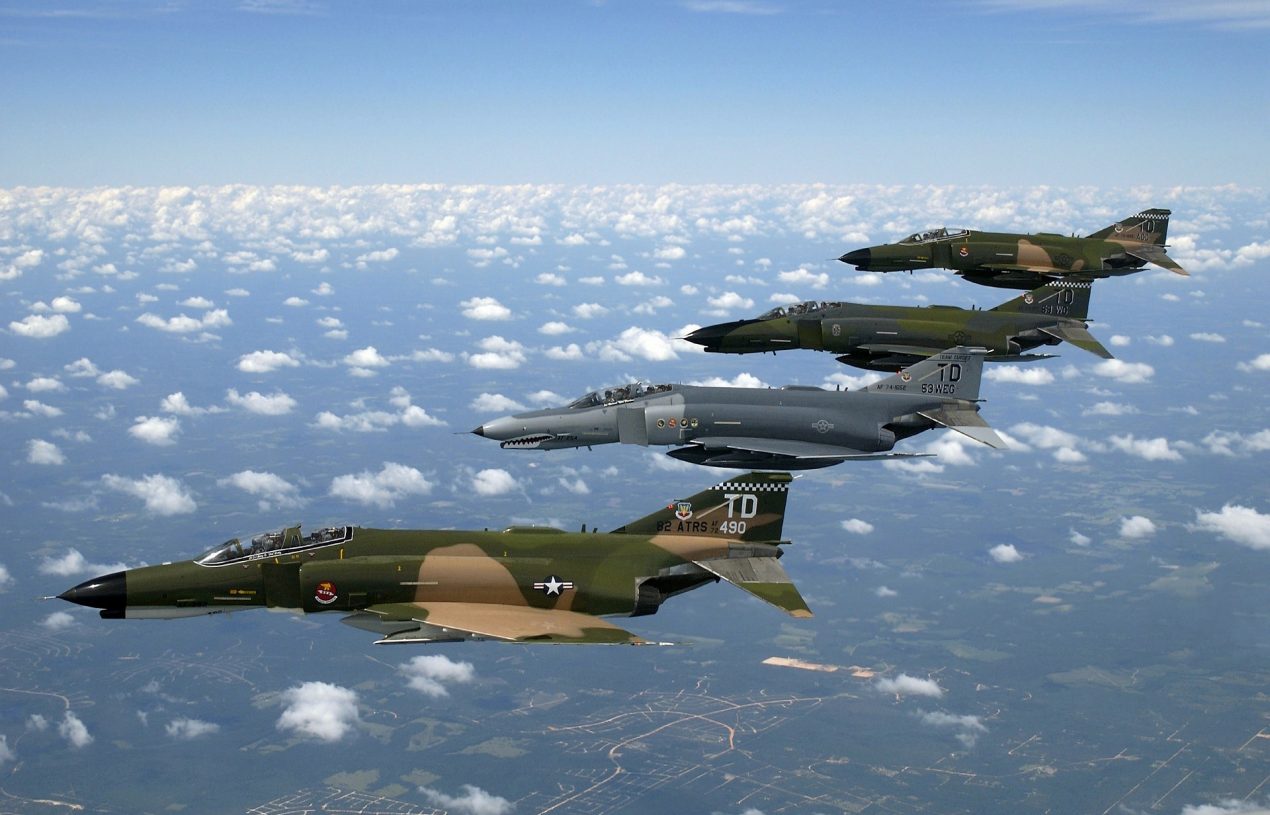 The US Air Force has jumped leaps and bounds when it comes to air fighting technology. Toiling away for many years, the Air Force worked on the next steps to enhance the US military superiority. The Air Force has accomplished that with the recent F-22 Raptor. These US Air Force fighter jets were first used in combat in 2014 while taking part in the second wave of airstrikes over Syria, according to the Pentagon. These sleek and stealthy fighting machines are the next great step in US Air Force fighter jets technology, and will lead to great things in the future.

What to know about the F-22 US Air Force fighter jets?

With the high cost of fighter jets, the Air Force will not be able to afford the jets they want past 2021, unless their current budget is raised. As the US Air Force continues to modernize the F-22 to address advances in threat systems and technologies to make sure the F-22 remains completely effective, the Air Force is going to have to spend a lot of money. Congress actually mandated that the Air Force must maintain at least 1,900 fighter jets in their inventory after 2021. However, the Pentagon claims that they do not have the budget to comply.

The F-22s are not the only fighter jets that the Air Force has available to them. In their current inventory of over 1,900 attack aircrafts, they also include A-10s, F-15s, F-16s, and F-35As. Each of these amazing aircrafts have the various skills the Air Force needs to employ their attack missions. For example, the A-10 Thunderbolt has excellent maneuverability at low air speeds and altitude. It also is equipped with a highly accurate and survivable weapons delivery system. An older design, originally delivered to the Air Force in 1975, it has been upgraded over the years to keep up with the ever increasing technological demands. It is designed for close air support, and has been proved to be invaluable to the US Air Force.

These are just a few examples of the amazing US Latest Fighter Aircrafts built for and used by the US Air Force.